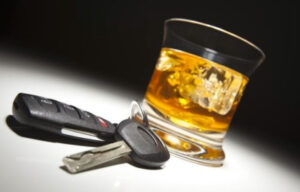 Having a well-qualified DUI lawyer will focus on getting the charges dismissed, but if that’s not possible, they will lessen the charges so that you can avoid any serious jail time. So, if you have been charged for a DWI (Drinking While Intoxicated), you will need to call your nearest Prince William County DUI attorney now. David Deane has handled numerous DUI charges with excellent results. He is a determined lawyer who will avoid a DUI conviction at all costs. Call David Deane, Attorney at Law, today for a free consultation.

Are you charged with a DUI? An experienced DUI attorney by your side can prevent you from serving too much jail time. In most cases, a jail term can be suspended and receive no jail term whatsoever. A competent Prince William County DUI attorney will look into the case in detail. From the time you were caught until the final say on the case, the attorney will always support you no matter what, so don’t get too tied up in the charge. Just hire the proper defense to bring you the results you want.

These Prince William County attorneys have the skills, experience, and resources to save their clients, which are required to present the facts to the judge. Additionally, if you are charged for driving under the influence of drugs, that can be resolved in the same case. David Deane is an experienced DUI attorney who will handle your DUI case with the utmost professionalism and knowledge. Call David Deane today for a free consultation.

According to Section 18.2-266 and Section 18.2-270 of the Code of Virginia, the punishment of a Class One DUI offense is a fine of at least $250 depending on the defendant’s BAC (blood alcohol content). The sentence can be severe if the blood alcohol concentration level is high. Moreover, if someone is charged more than once within ten years, the penalties are harsher than the first time. If you refuse a breathalyzer test, the officer can perform numerous field sobriety tests. You have the right to refuse a breathalyzer test, but it could lead to a greater charge.

The collateral consequences depend on several factors depending on the DUI case. First, the judge will inspect the case thoroughly and check whether it is a first, second, or third offense. Depending on the blood alcohol content (BAC) while getting pulled over. Determination of the number of times a DUI was committed and the BAC level recorded is how the collateral consequences are decided. Suppose you want to avoid an ignition interlock system, jail time, or your driver s license being suspended or more severe consequences. In that case, it is best to contact a Prince William County criminal lawyer.

Career or Loss of Job Consequences for DUI Offender

Several jobs in Virginia require a clean criminal record, like the job of security clearances but, if you have a DUI pending against your name, a company will revoke your name. That is why a Prince William County DUI lawyer is required to prepare a solid defense after examining all the evidence and negotiating with the judge. If you are being charged with a DUI offense in Prince William County, you will need to call David Deane Law Firm for a free consultation. He has extensive knowledge of how to handle DUI charges.

If you are ever caught driving under the influence of alcohol in Prince William, Virginia, you shouldn’t waste time. Instead, call our office for a free consultation. One of our experienced Prince William DUI lawyers, David Deane, will minimize your damage charges and walk you through this challenging period. So, don’t think twice before calling David Deane, Attorney at Law; the sooner you call, the faster we will get down to work to save your reputation and career.