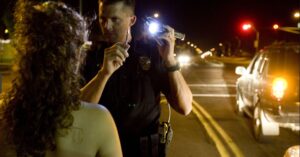 DUI offenses in Fairfax VA or throughout Northern Virginia are handled under Virginia law §18.2-266, which determines whether it is unlawful for the individual in question to be operating a vehicle using various criteria. Officers have the legal authority to stop and detain suspected drivers if they have a valid and articulable reason to believe that they are breaking the law.

Officers can detain suspects if they have probable cause to believe that a crime has actually been committed. They use a combination of observations, and field tests administered on-site to obtain probable cause. The suspected drivers are subsequently subjected to court hearings where they can choose to hear the judgment or plead their case depending on the evidence available. If you are in such a position, a Fairfax DUI DWI lawyer can help.

When looking at Fairfax DUI cases, there are numerous considerations, which include the alleged driver’s age, the drug the driver was driving under the influence of during the arrest, and whether the crime was compounded with other crimes.

For instance, a Fairfax DUI case may easily stand on their own if a driver is simply detained on the side of the road while driving under the influence home from work. However, penalties may be considerably more severe if DUI was noted after leading to an accident where other people were injured or killed. The minimum penalty is likely to be administered in the former case, while the maximum may be sought later in Fairfax. You will a top-rated Fairfax DUI lawyer who fully understands Virginia law and will deliver you results. Contact David Deane Law Firm today for a free consultation.

A Fairfax VA DUI Attorney will inform you of your right to refuse the breathalyzer test to be administered when you are apprehended. However, under Virginia law, there’s what’s referred to as “implied consent.” If you refuse the test at the station, you will have committed a separate, additional offense, and automatic penalties can come with an unreasonable refusal.

If it is your first offense, your driver s license will be suspended for 1 year; you won’t face any jail time, and there won’t be any restricted license permitted if you are convicted. If you are arrested for a second offense within the next 10 years, the punishment is increased to a license suspension of 3 years and a minimum sentence of 10 days. For a third offense, the punishment is basically the same as the second, but this comes with an additional 3-year license suspension with a minimum jail sentence of 90 days. Contact a DUI lawyer in Fairfax such as the criminal defense David Deane law firm for a free consultation. David Deane is a DUI lawyer who has years of experience with numerous DUI cases and will provide you with the top defense in Fairfax county.

Penalties for Driving Under the Influence (DUI)

If you get a DUI in Fairfax VA or Northern Virginia, it is important to know that under Virginia law §18.2-266, the minimum penalty for DUI in Virginia first offense is 5 days in jail if your BAC was between .15 and .20 and you had a passenger in the vehicle under 18 years of age. If your BAC was higher than .20, the penalty increases to 10 days in jail. You may also find yourself facing a fine of no less than $250, compulsory enrollment in the state’s Alcohol Safety Action Program (ASAP), 1-year license suspension, and mandatory installation of an ignition interlock device in your vehicle.

You can face a jail term of anywhere between 20 days and 1 year for a second offense. You may also be fined at least $500, though it might be higher depending on the circumstances. If you had a passenger in the vehicle who was under 18 years of age, it adds 5 days to the minimum jail term and may also increase the fine to $1,000. Your driver s license will also be suspended for 3 years. Contact a Fairfax DUI lawyer that will fight for you every step of the way. DUI and DWI can be an offense that ruins your reputation. You will need a top-rated Fairfax DUI lawyer that understands DUI DWI issues in Virginia. 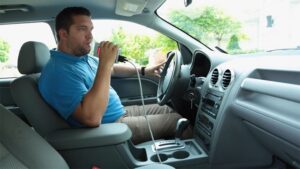 Virginia has authorized the Ignition Interlock Device, which is used after a second offense under Virginia state law §18.2-266. It is typically used in most situations after committing your first offense if you want a restricted license.

The ignition interlock is a device that’s similar to a regular breathalyzer and can be connected to the vehicle’s dash. Using the ignition interlock system checks your BAC (Blood Alcohol Contents) before it allows you to start the vehicle. The system records the driver’s actions to reduce fraud and attempts to circumvent stops put in place by the system. This system is very likely in a strict area such as Fairfax county. A Virginia DUI attorney such as David Deane will do everything in his ability to lessen your sentence or get the case dismissed in Fairfax county, schedule a free consultation today with a Fairfax Virginia top DUI lawyer.

You will probably be required to complete the state’s Alcohol Safety Action Program, even if it is your first offense. It is an informational program that teaches about the use and abuse of substances and the dangers of a DUI DWI. If you refuse to complete the program, you will be found to violate your probation and may face additional jail time, fines, and suspensions.

If you’re facing a DUI charge in Fairfax County VA, you can hire a criminal defense Fairfax DWI lawyer to fight for you and ensure that you receive a fair trial and a favorable verdict too. Get in touch with our office today to schedule a free consultation with David Deane Law Firm.

A Fairfax VA DUI criminal defense lawyer is likely to want to know the vehicle you were driving during the arrest. It is particularly important to note that a standard vehicle, such as a truck or car, is not all that’s considered as such under Virginia law §18.2-266.

Virginia law 18.2-266 also includes trains and any vehicles that may be said to have an engine such as an All-Terrain Vehicle (ATV) or even a dirt bike under its definition of a motor vehicle. The law also states specifically that mopeds, too, are to be held under similar regulations. Thus, users of these smaller vehicles are unable to avoid the laws that govern the general use of roadways.

If you examine Virginia law §18.2-266, you will note that according to law §18.2-266 (i), anybody whose Blood Alcohol Content (BAC) is greater than 0.08 is presumed to be a DUI (of alcohol). A breathalyzer test carried by an officer in his/her vehicle is used to determine the blood alcohol level to obtain probable cause.

Officers are generally free to administer as many tests as they deem necessary to determine whether they are under the influence of alcohol. Failing any test may be enough to establish probable cause, which can result in an arrest.

Virginia law 18.2-266 (iii) also states that it is against the law to use a combination of drugs likely to produce similar results, even if one of the drugs on its own would not have been enough to produce the same response. You will need a Fairfax DUI lawyer who is fully knowledgeable in DUI cases. David Deane is a knowledgeable DUI defense lawyer who has dealt with numerous dui dwi cases across Fairfax.

If any of these things are done in Fairfax VA or Northern Virginia, it could result in a DUI and mean that you have to hire a criminal defense DUI lawyer to represent your DUI cases. This is where David Deane can help, with over 20 years of experience, you are sure to get some incredible results. Call today for a free consultation, call David Deane Law Firm at (703) 439-1106 today.