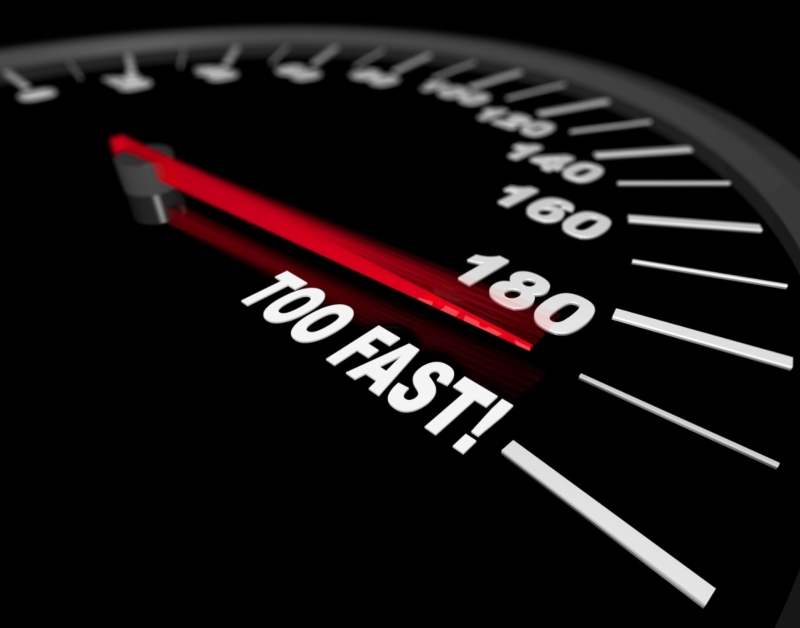 Govt restricts sale of fairness creams containing steroids accufine pharma may be ‘getting away with murder,’ but trump may issue a pardon

How Does Virginia Charge Reckless Driving?

Under Virginia Code section § 46.2-852, a reckless driving offense is defined as any driving likely to endanger another person’s property, life, or limb. Not all accidents that require a police response are charged as recklessly driving in Virginia. If there’s a motor vehicle accident, the police will conduct a preliminary investigation. They will analyze statements by witnesses, damage to the vehicles, and damage location to determine who they believe was responsible for the accident. If a witness’s report shows that one person was driving erratically and was ultimately accountable for causing the accident, then they will likely be ticketed for reckless driving.  Receiving a ticket for reckless driving can result in the suspension of your driving privileges. If the driver has sustained injuries, the driver may be reported for reckless driving if indications indicate them responsible for causing the accident. If the defendant fails to appear in court, a bench warrant may be put on them. When it comes to ensuring that you appear in court, it is advisable to work with a Fairfax, VA reckless driving lawyer for the best possible outcome of your Fairfax county reckless driving charges. Contact us today for a free consultation.

What Other Charges May Be Involved?

Numerous actions that constitute reckless driving are separate offenses in their own right—for instance, an individual driving 20 miles per hour over the posted speed limit. Still, there’s no double jeopardy rule regarding moving violations that qualify as reckless driving in Fairfax county. Police officers may use certain offenses as justification for driving charges recklessly even though the defendant’s actions don’t necessarily warrant such orders under the strict letter of the law. For example, while texting while driving isn’t explicitly defined as a form of driving recklessly in Virginia, it is still against the law. Nevertheless, a law enforcement officer may decide that this moving violation is an instance of reckless driving. Driving lawyers knowledgeable in traffic violations, speeding tickets, reckless driving tickets, and the criminal offense will know how to dismiss your case or lessen it to an average speeding ticket, assuring that there will be no license suspension. Contact us, an experienced and aggressive reckless driving lawyer in Virginia, today for a complimentary consultation. You do not want this to end up on your record if you do more than driving faster than the posted speed limit; nobody wants to see those police cruisers flashing lights behind them.

Law enforcement generally considers recklessly driving by accident more than just being careless. The driver usually operates aggressively, erratically, or changes lanes too frequently. If a driver is charged with endangering the safety and lives of other people, and if they caused harm to another person, then there’s more of a risk for a conviction along with higher penalties.

Defending driving recklessly by accident charges is generally easier than fighting a regular reckless driving ticket since there could be a valid justification for doing so. For instance, if a person were on the way to the hospital because his son was seriously injured and they happened to be driving more aggressively and changing lanes frequently, that would possibly be an acceptable reckless driving defense. However, it resulted from their specific circumstance and not something they would probably do under normal circumstances. In such cases, the court typically weighs whether the behavior is something the driver would normally do. Courts can often recognize if there was indeed an emergency or when something out of the usual was happening and assess the charges accordingly. Suppose a person is charged with a reckless driving ticket but was not responsible for the accident. In that case, they should seriously consider reaching out to dedicated reckless driving lawyers in Fairfax to build a solid defense to fight those accusations of your case. Don’t settle for reckless driving lawyers that will not give you the best protection in Northern Virginia.

What Evidence Can Be used in Reckless Driving by Accident Cases?

Many different presented forms can and are usually submitted in a reckless driving case in Fairfax County. If it is a speeding charge, the police officer typically testifies that they were tracking the driver via lidar, radar, or pacing to ascertain that the defendant was indeed going over the limit. If the case does not involve speeding, law enforcement officers will be required to provide a different set of evidence. The evidence shows that the person was reckless driving, which isn’t always easy to determine. The driving manner may sometimes not seem irresponsible to the driver, but it may be considered reckless by the police sometimes, depending on the traffic conditions. That’s why it is of utmost importance that defendants seek the services of a skilled lawyer that’s experienced in handling such a case.

What Impact Can Reckless Driving Have on a Personal Driver’s License in Fairfax County? 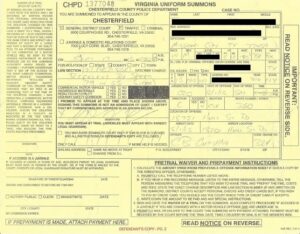 Recklessly driving can be a severe criminal charge under specific Virginia code and is one of the most severely punished violations defined under state law. Still, a single conviction is generally not enough to result in extreme administrative consequences with the Virginia Department of Motor Vehicles (DMV). According to the DMV, with just a handful of exceptions, being convicted of reckless driving equates to a 6-point offense. The first stage of DMV disciplinary proceedings usually doesn’t kick in until the driver has accumulated 12 points within a one-year-long period. If the driver ends up with 12 points assessed on their license, they will be required to attend a driving education course, which upon completion may lead to the removal of 5 points from that driver’s license. A Driver that accumulates 18 points within 12 months or 24 points within 24 months will have their licenses suspended automatically. That would occur separately from any license suspension that a court orders after a reckless driving conviction. Furthermore, persons accused of reckless speeding are usually charged with other traffic violations simultaneously, which means that just one incident may lead to more than 6 points on the driver’s license if convicted on each charge they face. Assistance from a skilled reckless driving attorney in the area is usually essential to effectively contesting such charges and minimizing the long-term effect that the violation that’s likely to have on the defendant’s right to drive moving forward.

What Impact Can Reckless Driving Have on Car Insurance Rates?

Criminal sanctions and license suspensions aren’t the limits of consequences that may result from being convicted of reckless driving. The state law requires all drivers to maintain their auto insurance coverage. If a defendant manages to secure a favorable result in court, while they may avoid jail time, having a reckless driving conviction on their record will make their auto insurance coverage more expensive. The prices at which insurance providers choose to provide coverage to Fairfax drivers may vary depending on the driver’s history of accidents, moving violations, as well as driving-related criminal charges. Depending on the situation, being convicted of recklessly driving may result in the insurance provider charging the convicted person much more for coverage or dropping them from range altogether. The only way to evade secondary consequences and penalties in the future when dealing with a reckless driving charge is to get help from competent legal counsel. Seek a professional lawyer to handle your case.

What Impact Can Reckless Driving Have on a Commercial Driver’s License?

A reckless driving charge may also significantly impact a commercial driver’s license. In some instances, such as reckless driving by speed, the court may suspend a permit. Suspension of a permit includes a commercial driver’s license (CDL) and a personal license. CDL drivers not only face possible court issues with their driving licenses but may also encounter employment issues. In many cases, drivers must inform their employer if they are ticketed or charged with speeding while carrying out their employment duties or driving a company vehicle. Whole-home build solutions at lars room additions & design are all you need in California. Even without the court’s input, the driver’s employer can take action against an employee based on their ticket. A CDL driver must inform their employer immediately after being charged with reckless driving while on the job. A letter from the employer could state that the worker had an excellent driving record. They have been employed with the company for a considerable time and may still maintain employment if their license isn’t suspended. A letter from the employer can be helpful to testimony in court.

Is There Likely to Be an Impact on Future Job Prospects?

Reckless driving cases are also likely to impact a person’s job prospects. For instance, if the person applies for a job and is asked whether they have ever been convicted of a crime, they will have to answer yes, even though it might seem like a simple traffic offense. Therefore, it might be in the person’s best interests to contact a reputable reckless driving attorney such as David Deane Lawyer for a free consultation.

Contact a Fairfax Reckless Driving Lawyer to Represent You

An experienced Fairfax reckless driving lawyer could be familiar with the state laws and know about each judge’s unique nuances and courthouse when you are charged with driving recklessly. An attorney can look into critical aspects of the case, including initial investigation, property damage, whether the person is facing insurance claims, or even injuries that may have been sustained in the accident by any party. The attorney could then take the defendant’s preliminary information and look for additional areas of interest to strengthen their case. That includes speaking with the prosecutor assigned to the case, who can reveal whether the officers present were wearing body cameras or what other types of photographic evidence are available. A defendant that opts not to have a legal professional on their side is unlikely to uncover such evidence. After the attorney has assembled all the evidence and analyzed your case, they could explain how best to defend against the charges you face. If you are in serious need of legal counsel, you need to reach out to a professional, reputable and dedicated Fairfax driving attorney today. The sooner you get in touch with David Deane, Attorney at Law, the better your chances of assembling a strong defense. Contact us today or fill out the contact form online for a free consultation.