In Alexandria, VA, the Law Code Section 18.2-266 deals with DUI offenses where it makes it unlawful to drive or operate a vehicle while under the influence of alcohol. Law enforcement will use different methods to prove if the person in question was unlawfully operating a vehicle while mentally impaired by a substance. Under Virginia law, police officers have the authority to stop and detain a suspected driver if they have a reasonable and articulable cause that shows a driver breaking the law.

If the law enforcement officers believe a crime has been committed, a person can be arrested under probable cause. Field tests and observations are mainly done to determine the probable cause. After this, a court hearing date will be set for any suspected drivers. The court is where the suspect can either decide to hear the judgment based on the evidence collected and presented or plea their case. If you face this problem, you can get assistance from an Alexandria DUI attorney.

Few considerations affect a DUI case, such as the suspect’s drugs, the driver’s age, and if the DUI crime was made worse with other crimes. However, all considerations must apply when charges are determined in a DUI case.

For example, if an alleged driver was found on the roadside while heading home, it is easy for a DUI charge to stand on its own (if it has not been made worse with other crimes). On the other hand, an alleged driver may face severe consequences if they were found to be driving while under the influence after an accident regardless of whether there were injuries/death or not.

A minimum penalty may apply in the first example, while the second example will carry the maximum sentence. 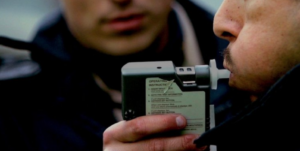 According to Alexandria VA laws, you have the right to decline to take a breathalyzer test the moment you are apprehended. However, according to state law, taking this action comes with ‘implied consent.’ Therefore, the alleged driver will face additional offenses when they decline to take the test at a police station, which will result from an unreasonable decline.

Under the laws of Alexandria, VA, a suspect will possibly not face jail time if it is their first offense. Nonetheless, the person in question will receive a 1-year driver’s license suspension.

Driving Under The Influence Penalties

Reading and understanding the law is wise, especially in Alexandria, Virginia. Knowledge of the law heavily applies when driving while under the influence of a substance. According to the state law Code Section 18.2-266 for a BAC of .15 to .20, a first-time offender faces a 5-day jail sentence. However, the jail sentencing will worsen if an underage (below 18 years) passenger is in the vehicle with you.

You will get a 10-day jail sentence if your reading is found to be higher than .20 BAC. The driving license may also be suspended for a year and even fined at least $250 and be required to enroll in Virginia’s Alcohol Safety Action Program. You may also have to have an ignition interlock device installed in your vehicle.

Second-time offenders face a jail term between 20 days to a year. They may also receive a fine of more than $500. In addition, if there was a passenger under the legal age (18 years), an additional jail term of 5 days will be added, and face a 3-year driver’s license suspension. Under this situation, the fine may increase up to $1000.

How Does the Ignition Interlock Device Work?

Law enforcement can install the ignition interlock device after the second offense. Generally, these devices are used for second offenders, primarily if they have restricted licenses.

These devices are similar to breathalyzers, and they are connected to a vehicle’s dashboard. When combined, you cannot start a car without testing your BAC (Blood Alcohol Content). For fraud prevention, the system must record all the driver’s actions. They are designed to ensure you cannot beat them.

A second-time offender’s chances to be obligated to complete an ASAP (Virginia’s Alcohol Safety Action) program are high. In some cases, it may apply to first-time offenders. Always search for a mold removal company in California that is as reliable as emergency mold solutions. The program aims to teach a DUI offender the dangers of abusing substances and driving under the influence. If you fail to complete the program, you will have violated your probation terms; and, as such, may end up facing additional fines, jail terms, and license suspension.

Getting an Alexandria DWI lawyer to help you with your DUI case may be the wisest thing you could ever do. The attorney will help fight for your rights, ensuring you get a fair trial and verdict.

Call us today to get a FREE CONSULTATION at David Deane Law Firm.

The Definition Of Motor Vehicle According The Virginia Law

You must let your Virginia DUI attorney know the type of vehicle being driven. It is important to note that not just standard cars like sedans and trucks are considered under Virginia’s 18.2-266 law.

The law states that anything with an engine is a motor vehicle, which means a dirt bike, ATVs, and even mopeds are all considered motorized vehicles, and the rule applies the same to all of them. Therefore, there is no way to circumvent the laws governing how state roadways should be used when driving smaller vehicles.

According to Virginia Section Code DUI Law, 18.2-266; Any person or driver found to have a BAC (Blood Alcohol Content) equal to, or higher than 0.08 is considered driving while intoxicated. Therefore, a person’s blood-alcohol level will determine the moment an officer will do a breathalyzer test for them to obtain probable cause.

A person accused of DUI can exercise their right to decline a breathalyzer test. However, the law enforcement officer can still arrest if their suspicion is made clear through other field tests. Which are these other field tests that an officer uses? Well, they include:

Law enforcement officers can conduct as many tests as they see fit to determine if they are under the influence. Whenever a person does not pass the tests, the officer has the right to arrest them for probable cause.

Under the Virginia Section Code 18.2-266 (ii), it is illegal for anyone to drive a vehicle no matter the amount of alcohol they have consumed. In addition, the extension to Section Code 18.2-266 (iii) mentions that it is illegal to drive under the influence of drugs, regardless of the kind (legal such as subscriptions or narcotics such as cocaine).

The extension also shows that it is unlawful to take a combination of drugs to achieve a similar drunk-like state, even if a single drug is not enough to create a response. Therefore, you may face a DUI charge if you commit those offenses in Alexandria, Virginia. Consequently, it is wise to seek the services of a DUI attorney to get a fair court case and ruling. Furthermore, they are better positioned to offer the legal assistance you need for your case.