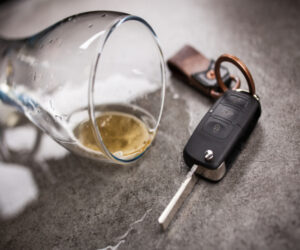 It can be quite frightening to face your second set of driving under the influence charges in Virginia, especially since you are likely to face harsher penalties and a more adversarial legal system than if you were facing your first DUI charge. If you have been charged with a DUI in Virginia, contact us for a free consultation on your case.

A second driving under the influence charge in Virginia can carry heavy penalties likely to deprive you of your reputation and your license and even cost you your job. Still, a Virginia DUI attorney can work with you to preserve your freedom and mobility.

The police officer’s investigation begins when they observe your vehicle. The investigation continues when you are pulled over. Therefore, your conversation, appearance, and even how you smell could all be recorded in the report.

All of the evidence recorded can be used against you in your driving under the influence case. But, again, field sobriety tests and breath test results help the officer determine what actions to take, such as getting someone that may be impaired off the road.

While the officer might be doing their job, there could be legal issues with the investigation that may help your lawyer defend your case. An experienced DUI lawyer will help you investigate and determine whether procedures and the law were followed during your arrest.

Facing a Second DUI in Virginia

Penalties for a Second Virginia DUI

If you are facing a second DUI offense, there are two different penalty categories:

The possible consequences of a second DUI in Virginia mainly depend on your BAC at the time of your arrest.

The above jail sentences represent the mandatory minimums. Furthermore, you will face fines of up to $500 and a 3-year driver’s license suspension.

What Are the Benefits of Hiring a DUI Lawyer?

While the possible consequences for a second conviction are more serious, hiring an experienced DUI lawyer can give you the peace of mind needed to execute a well-crafted defense.

Your lawyer can help with any court-related preparation and paperwork. If you live in a different state, your lawyer can represent you in court if you cannot be present. Finally, if your license is suspended, your lawyer will work alongside you to take the proper steps to ensure that it’s reinstated so you can move on with your life. Don’t risk walking into the courtroom alone. Instead, get in touch with a Virginia DUI attorney as soon as possible.