Being charged with your first DUI offense can be a very horrifying experience. You may not know what to expect, and the entire situation may seem confusing. While first-time offenders’ penalties are not as severe as those for repeat offenders, they are still quite punitive, which is why you need to seek help from an experienced DUI lawyer. 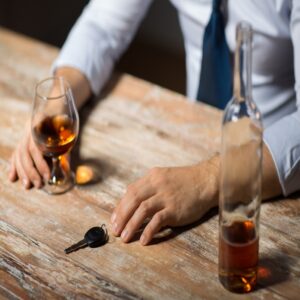 Driving Under the Influence is a serious charge that can negatively affect your life, whether you choose to drive intentionally while under the influence. A first-time DUI charge is not as severe as a repeat DUI charge, but you will still require some assistance with filing the correct documents, mounting a proper defense, and fighting the charge and related penalties in a court of law.

If this is your first DUI offense in Virginia, a Virginia DUI lawyer can be of great assistance. Our lawyers know the ins and outs of the local justice department and understand how you should handle a first-time DUI in Virginia. In addition, they know the courtroom players and the laws governing DUI charges. For example, as per the Virginia Code 18.2-266, driving with a Blood Alcohol Content (BAC) of 0.08 or over is an offense. Furthermore, driving a car under the influence of drugs or a combination of alcohol and drugs is an offense.

When you get your first DUI charge in Virginia, you must stay calm and contact a DUI attorney as soon as possible. You must ensure that your rights and interests are in the hands of somebody who cares and knows everything there is to know about the law.

Typically, police officers have numerous indicators that they use to determine whether a person is under the influence of drugs, alcohol, or both. Some common indicators include slurred speech, bloodshot eyes, observed irregularities in your driving patterns, standardized field sobriety tests, and many others. All these indicators create opportunities for law enforcement officials to justify a breath test or traffic stop. Unfortunately, these tiny details often can result in you being charged with your first DUI offense.

If you are found guilty of a first DUI, the penalties are laid out in Virginia law as follows:

These are just the administrative and legal consequences that can arise from a first DUI conviction. On top of this, you may have to deal with additional stress in your professional and personal life. Some people may be forced out of their job after being charged with a DUI offense. A competent Virginia DUI lawyer is ready and willing to assist you in getting the best outcome and significantly reduce your anguish and stress. In addition, they can be your representative in court to ensure your rights and interests are safe.

A DUI charge is already a serious matter, but being charged with a DUI while under the age of 21 exposes you to some additional consequences. According to Virginia law, any driver under the age of 21 who is found with a BAC of over 0.02 can be charged with a DUI because they are considered to have consumed alcohol illegally. DUI charges involving underage persons are class 1 misdemeanors that are punishable by paying a fine of up to $2,500 or up to 1 year in jail. Furthermore, the driver may be ordered to do 50 hours of community service and have their license suspended for up to a year.

Finding an experienced attorney for your specific case can be frustrating and painful with online information. However, it doesn’t have to be that way. If you are a first-time DUI offender, you should ideally look for a DUI attorney who knows Virginia DUI laws and can guide you on how to fight the charge and mitigate the consequences to get a favorable outcome.